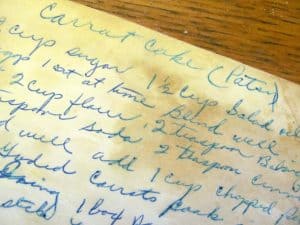 It is my mother’s birthday – at least for a few more minutes here on this April 24th. She died in 2001, at the age of 82, and there hasn’t been a day since that I haven’t missed her

Mama was a force to be reckoned with. I was fortunate to have her as a mother. She taught me many things. Our relationship wasn’t perfect – what mother/daughter one is? I know I was a disappointment to her in many ways, and I’m sure I know only a small fraction of them. Hopefully I was also a joy to her in at least a few.

Her birthday is always bittersweet for me. We were never a big birthday family, but on her birthday that year I made a call to the local nursing home to see if they had a place for her. We thought she was having a medication reaction and we were way beyond our medical knowledge. Little did we know she had had a series of small strokes and would have a more major one in a few days, and that she would die on May 11.

This is always a difficult time of year for me. From her birthday through Mother’s Day or May 13 – depending on how the dates fall. She died on Friday, May 11 and we buried her on Sunday, May 13 – Mother’s Day.

Grieving is a process for everyone, and it has been a very long one for me. It was probably about five years afterward when I felt like I “came out of a fog.” Then it was a few more years before I felt like I could let the days pass without marking them in some special way.

The first year I made it a point to be in Paris. At the moment one of my dear friends is there and I’m loving seeing her photos and remembering that time.

On mama’s birthday the first year after she died, I had the lowest point during the grieving process, I think. I was laying in bed that night alone just sobbing uncontrollably. I felt as though every cell in my body was crying its pain into my bloodstream and that it would never cease.

After an hour or two of this I remember thinking, “I just can’t go on like this. I just can’t.” It was too much pain, too much grief, too much loss, too much. There was still some part of me that was functioning because I considered my choices.

Fortunately, that seemed to be a bit of a turning point. Although it was years before I was out of the fog, I realized there was no point in being overly dramatic about not being able to go on. That was just silliness (something my mother abhorred). Obviously, I could go on and I did.

I’ve remembered that night many times. I have rarely felt so alone, so forlorn, so lost, so forsaken, as I did that night. But, like millions before me, I survived. And so will millions more after me.

Recently I went to see Cheryl Strayed, whose book, “Wild,” chronicles her thousand mile plus hike where she came to terms with her mother’s death. I completely understood everything she experienced after her mother’s death when she was searching to find who she was without her mother. If you’ve read the book, you know she had some very dark times and coped however she could. I understood. I understand.

Well, in my family a birthday celebration includes all of the above, but also has some worms, crocheting, porch painting and mulch mixed in.

Wednesday is Jim’s 66th birthday but we all gathered today to celebrate. There were people there I haven’t seen in a long, long time.

We took lots of pix, including some of those family group things that everyone always intends to do but we never get around to.

I have a few pix over the years of my with both my brothers, including one we took last year, but they are few and far between. There’s so much age difference in us that they were grown, married and out of the house before I was born. Obviously, that doesn’t offer the normal amount of opportunity for pix.

There was much outdoor work going on today – the porch was painted and Wayne, his daughter, Chrissy, and her boyfriend, Joe, were working hard. They planted, put down black cloth and mulched.

I think I’d like Chrissy and Joe to come stay with me for awhile – they’re both hard workers – my house could dramatically improve in a short amount of time.

Chrissy is a hard worker…

The little guy there with Joe is Alex, Angie’s son. Angie is Wayne’s oldest daughter. Yeah, I know, you need a scorecard.

Alex found a a little friend…

He wanted to share with his mom, and his grandpa, Wayne…

Meanwhile, indoors, Mary Ann was helping Joyce with some crochet questions. Does this look like the student at the feet of the master? It kinda is… Mary Ann is a crocheter extraordinaire.

Leah, however, is having none of it and looks on from afar…

Overall people seemed to be having fun…

Johnny and I would like to make it very clear that we did the dishes!

Hopefully Jim had a good time. The rest of us did, I’m sure.