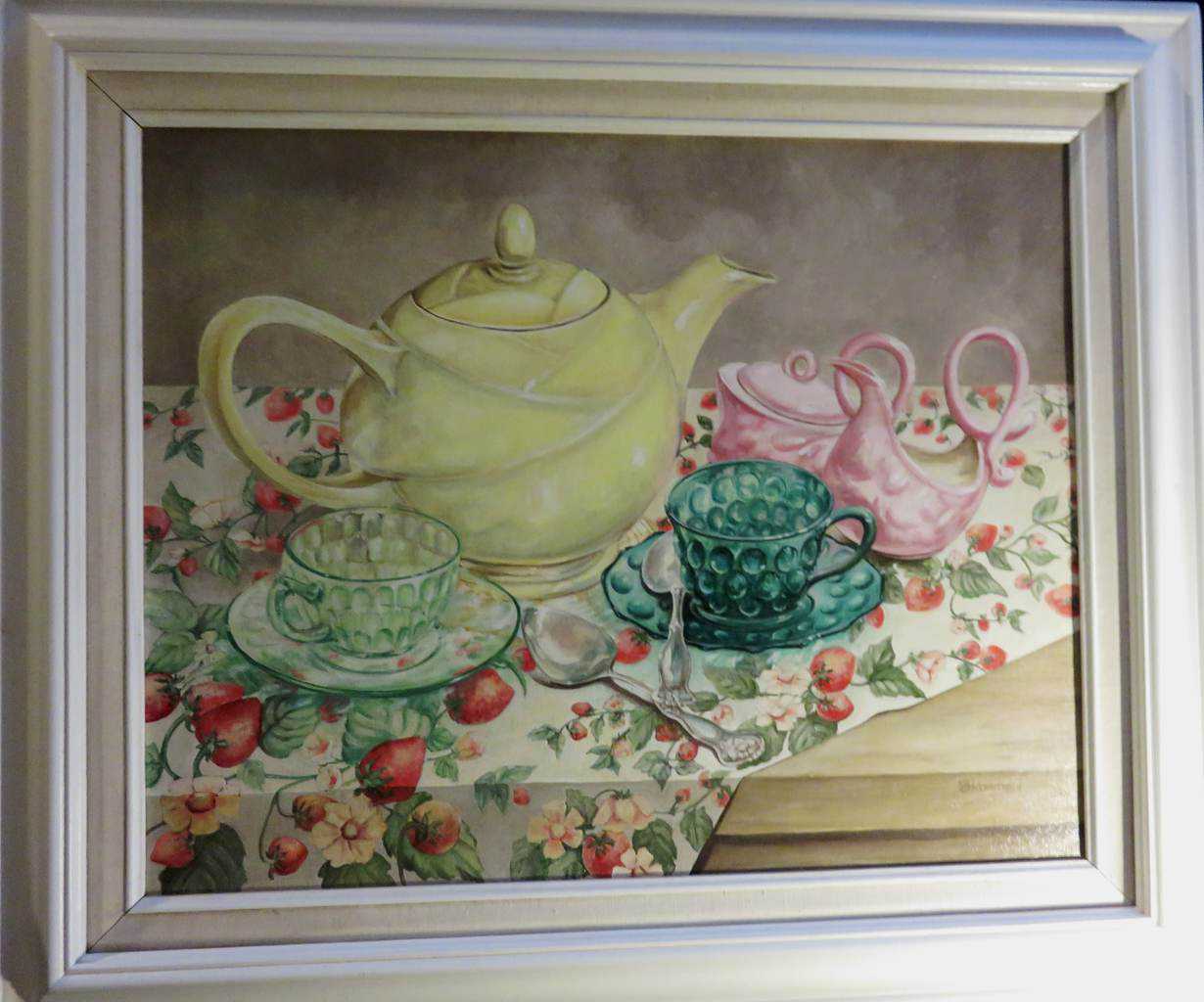 When I took the painting off the wall I spotted the words I had forgotten were there. “Winter Strawberries” in my friend, Pat’s solid, sturdy, printed letters.

This painting has hung above my living room mantel for almost 14 years, the entire time I’ve lived in my house. I removed it recently to loan it to the Reno County Museum for an exhibit they’re doing about my dear friend, Pat Mitchell. Pat was a local historian, artist, collector and all around creative person.

She painted this from a photograph she took of the tea table at her Little Bigger Studio when she was having me and our friend, Sondra, down for tea. The three of us gathered re 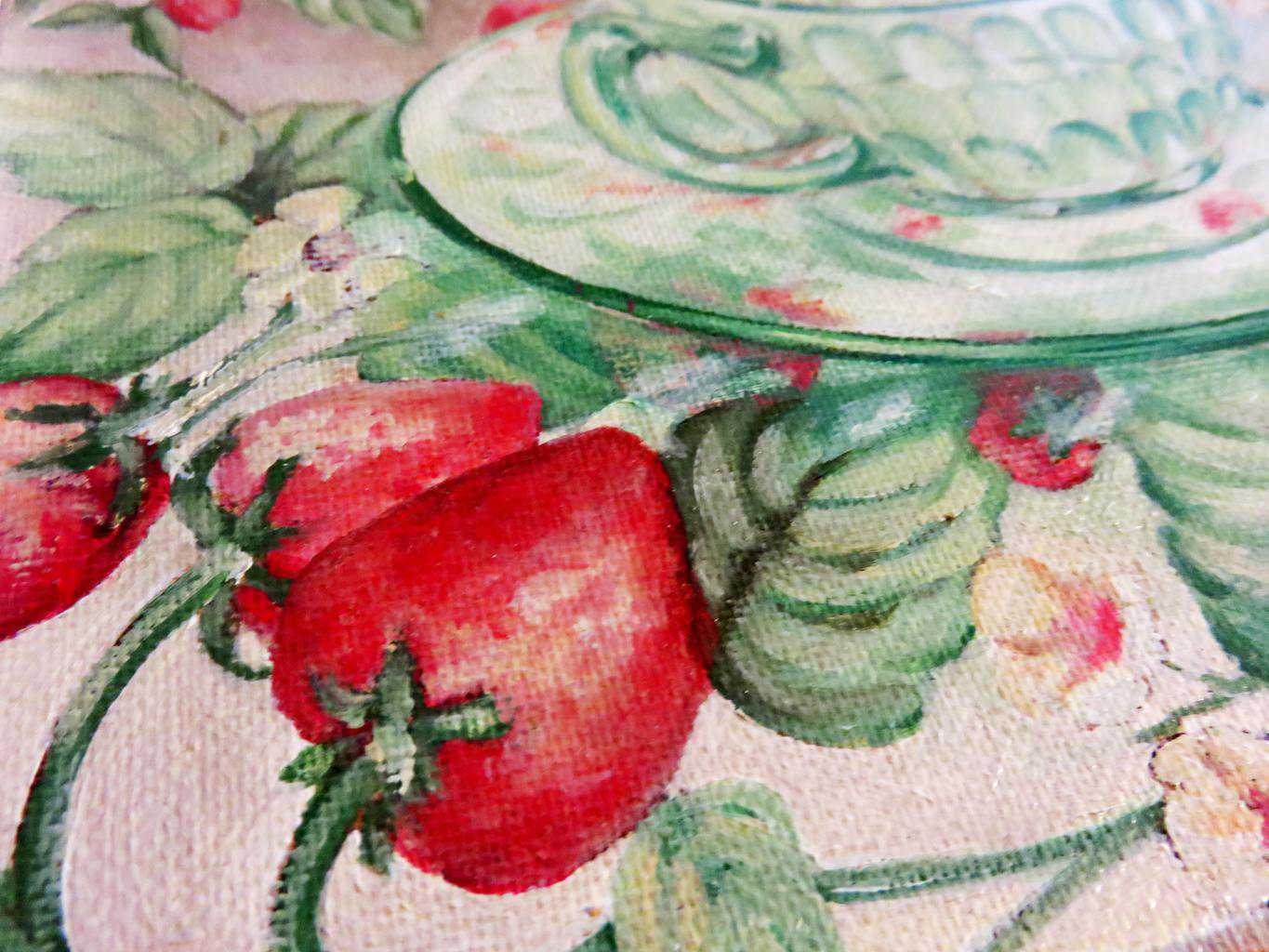 gularly for tea. I treasure those memories.

I teased Pat about the strawberries in the tablecloth, saying it would have been easier to paint a solid color table cloth. She laughed and said there wasn’t any challenge in that.

In 2001, I was in Kentucky with my mom who was very ill when I got a phone call telling me that Pat had been found dead in her home. It was the only time someone has ever seriously asked me if I was sitting down before delivering news. She had died of an apparent heart attack, long before her time. She didn’t even get six decades on this Earth, but she did so much in the years she had.

She was a true r

enaissance woman. In addition to being a fine artist, she was an exceptional historian. She created what is known locally as “The Hutch Files,” cataloging and cross referencing many thousands of newspaper articles. She published two books featuring historic postcards. She wrote and created so many things it’s impossible to name them all.

Aside from her presence and spirit, which were her greatest offerings, the gifts Pat offered to those of us lucky enough to call her friend were always personal and lovely. One Christmas she gave me an ornament on which she had painted the house where I lived at the time. One birthday she gifted me with a painting of me with my cat. Aside from events, it wasn’t unusual for an average day to bring something in the mail, such as her father’s oatmeal cake recipe written out in her trademark penciled printing. They weren’t “things,” they were little bits of Pat manifested in things she could share even when her presence wasn’t possible. She taught me the wisdom of sharing personal gifts. 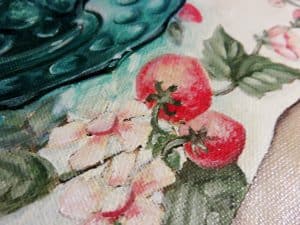 This painting had always hung in Pat’s home or studio, and I had always loved it not only because of the subject matter, but because it was a tangible reminder of a moment Pat, Sondra and I had shared.

After my mother’s death, less than a month after Pat’s, I returned to Kansas and Sondra and I began to process the losses we felt. We were sitting in her back room, drinking tea and talking about Pat when she said, “I want that painting she did when she was having us for tea.”

Once I knew Sondra wanted it, I immediately decided to not say a word about wanting it myself. Sondra, being an action person, got up and went to the phone and called Pat’s son and left a message she’d like to buy the painting. He called back in a short while and generously offered to give it to her. He and his family were headed out, but said they would leave it on the porch for us. Sondra and I jumped in the car, drove about 30 minutes to his house, where w 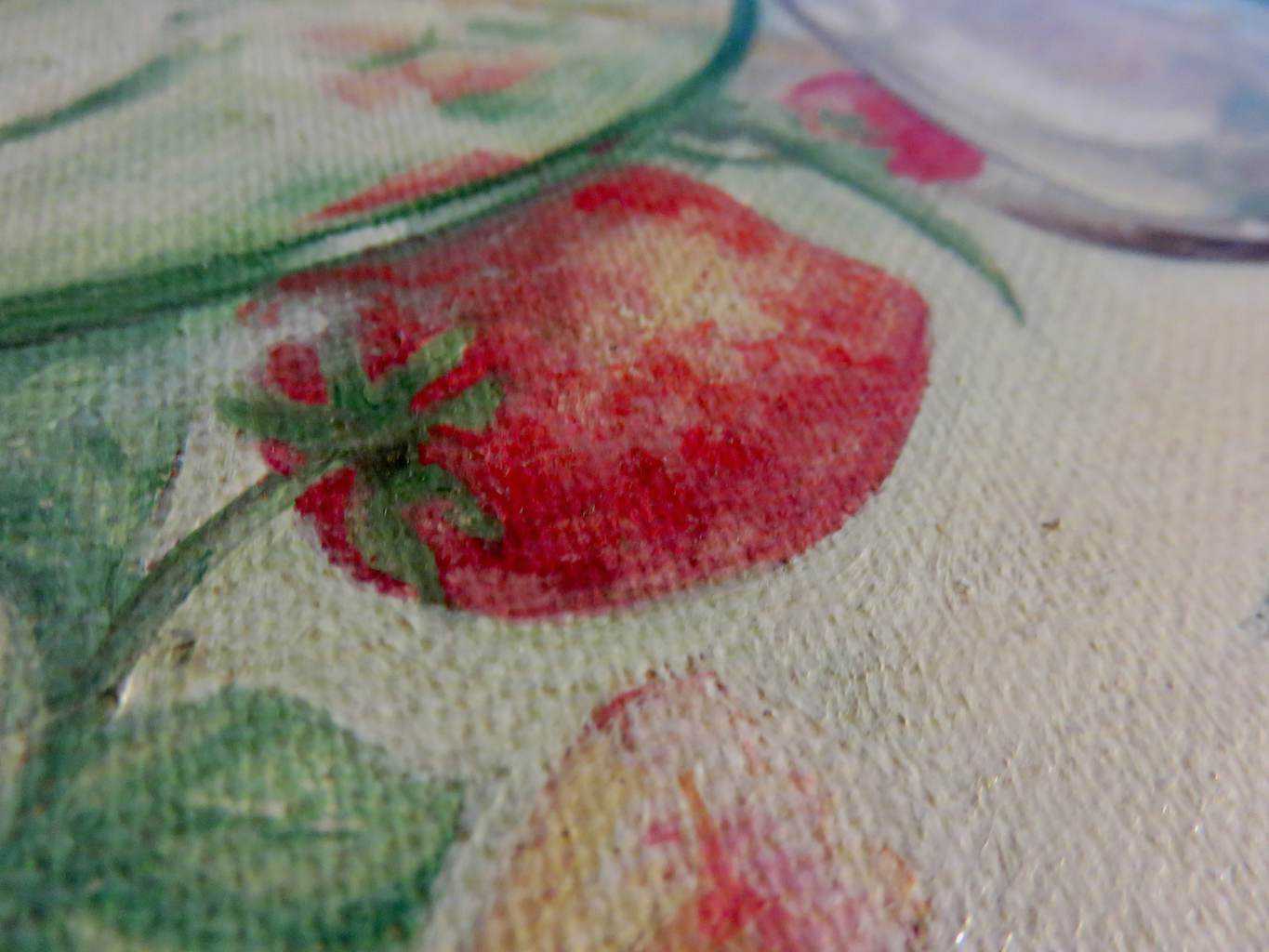 e retrieved the painting, the teapot and the sugar and creamer set.

It was then that Sondra told me she had gotten the painting for me. That she knew I loved it and she wanted me to have it. Needless to say, I was touched.

So, that’s how Winter Strawberries came to live with me. It is not only a daily reminder of Pat’s creativity and friendship, but how generous people around you can be just because they’re wonderful people. I’m forever grateful to Pat’s son, Terry, to Sondra, and to Pat’s spirit that this beauty graces my life and reminds me of a treasured friendship.

Today I dropped off a couple of additional items to loan the museum for the exhibit. The curator reminded me it was Pat’s birthday – February 20.

They are just starting to put together the exhibit and gave me a little preview. It’s going to be amazing. I’m so thankful they are honoring her memory and so happy I can share some of the beauty Pat brought into my world.

Now… a little sneak peek of the exhibit! 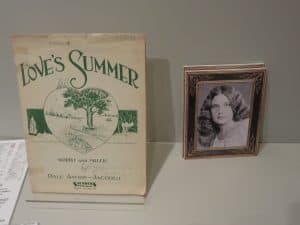 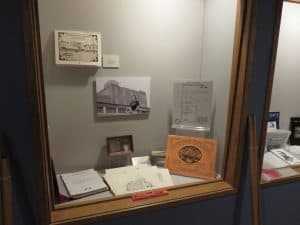 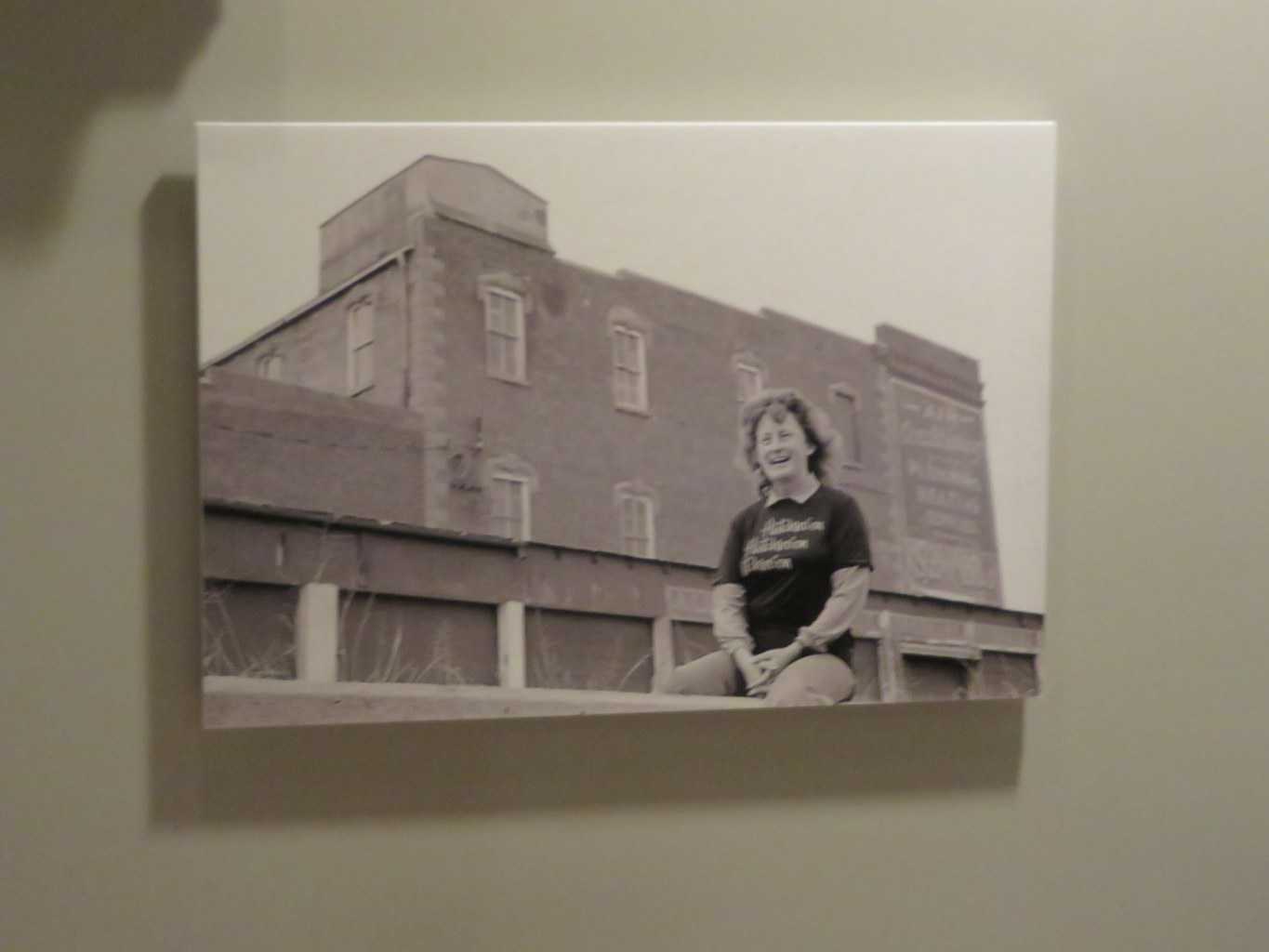 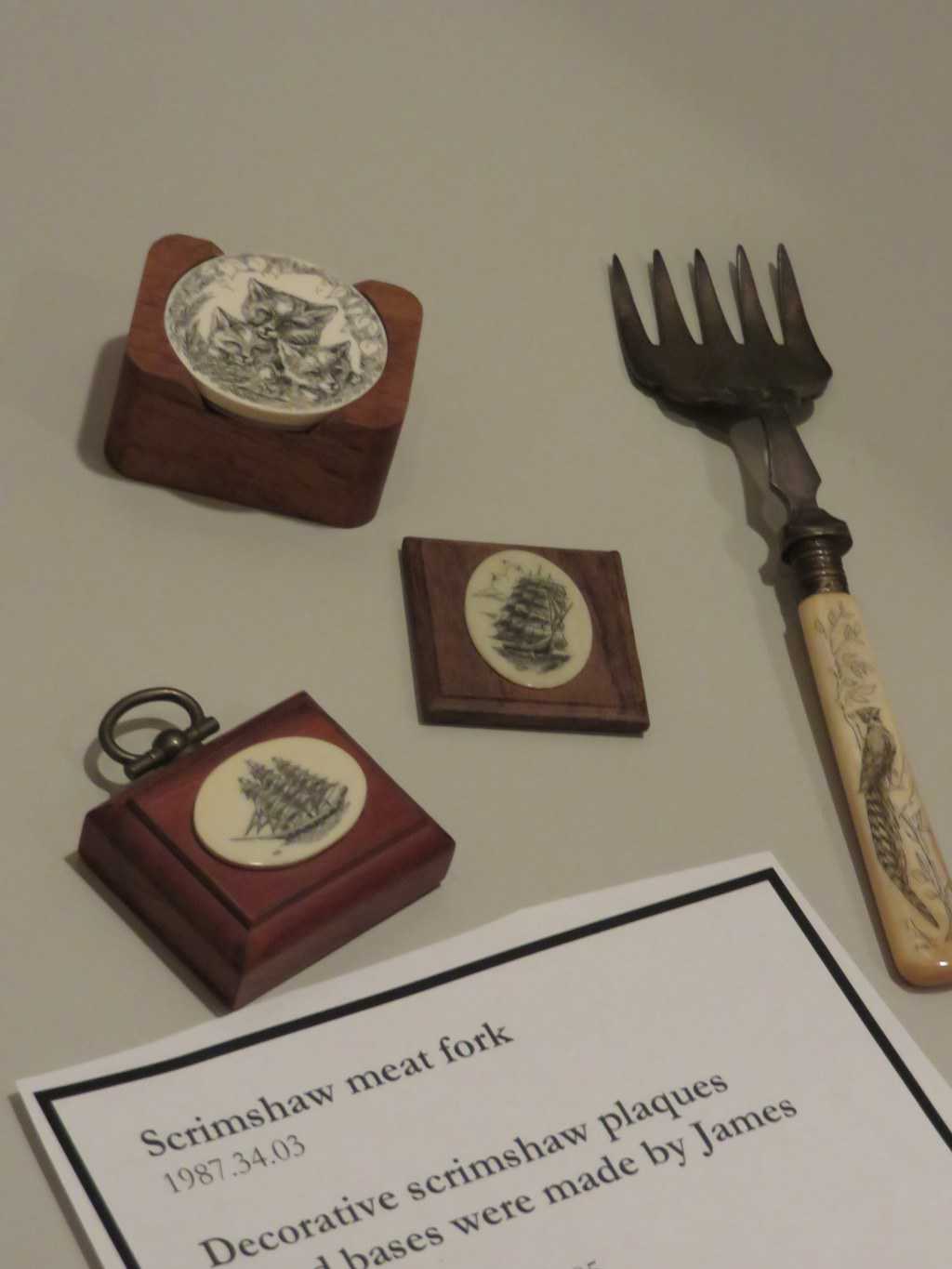 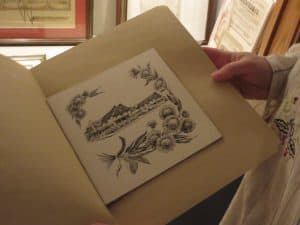 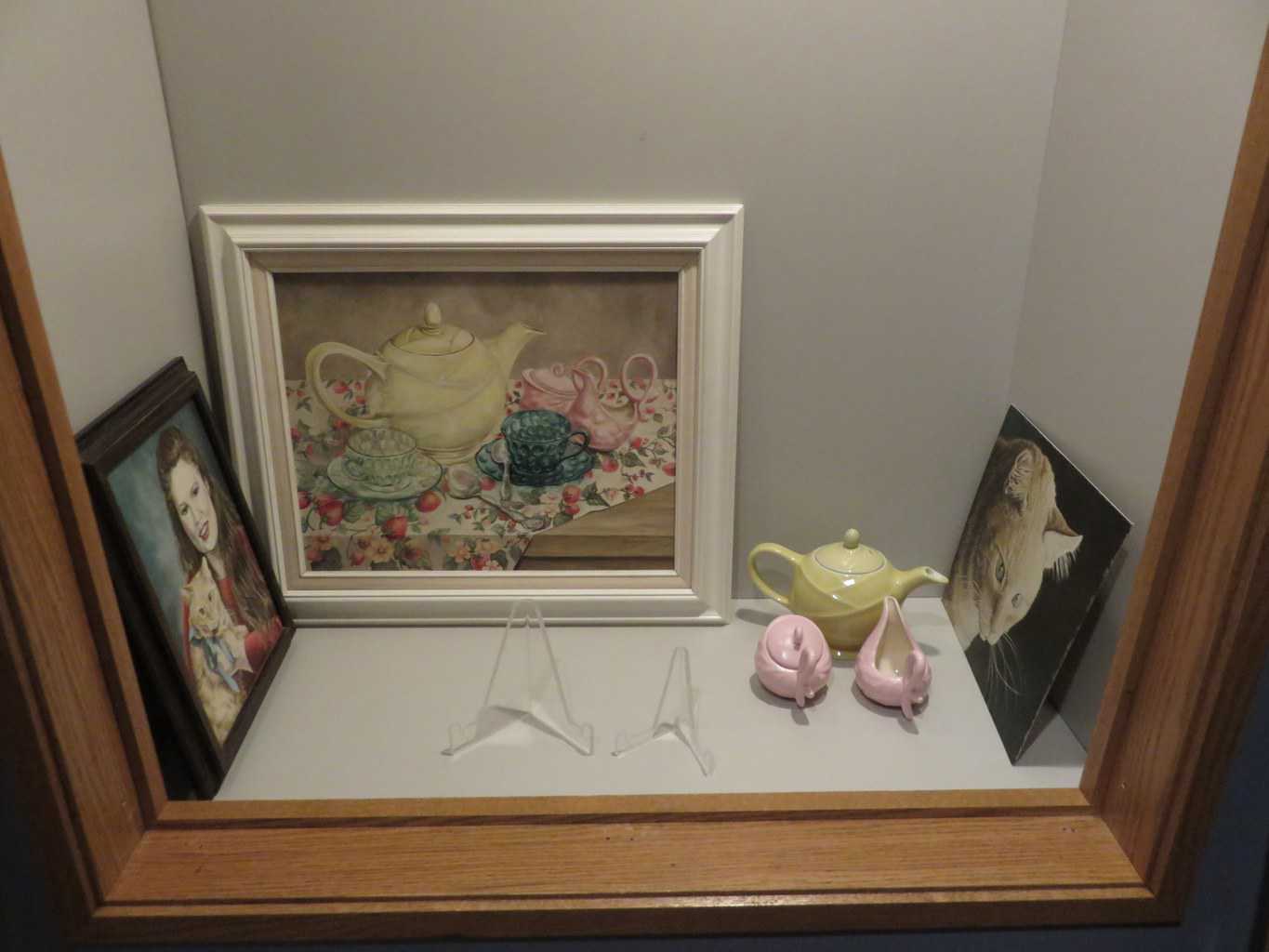