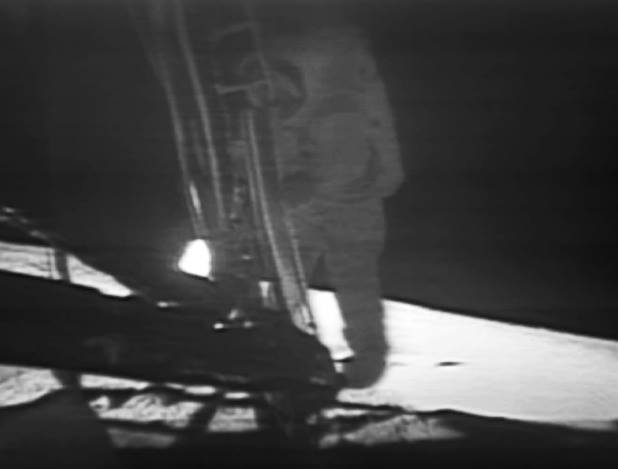 Today is the anniversary of man first setting foot on the moon. I was young at the time, but old enough to know something major was happening. I can remember going outside and looking up, thinking that men were walking around. It was mind-boggling. It was astonishing. It was happening.

I wonder what that does to a generation. Steve Jobs, Stephen Hawking and Steven Spielberg all saw that. They were old enough to witness the moment that illustrated things not imagined even a couple of decades earlier were not only possible, but achievable. (On a side note: Perhaps naming your child some variation of “Steve” is a good idea.)

That’s not to say people were not coming up with inventive ideas before the moon landing, and certainly will afterwards. But it does make me think about how we’re influenced by the things we see at formative times in our personal histories.

Just as I remember the moon landing, I also remember Nixon’s resignation. Sociologists have been having a field day with that one for awhile, wondering if those of us at a critical time in our development were influenced by that in a way that made us apathetic.

More questions than answers, but I do wish every generation could experience the thrill of something as astonishing and other-worldly as landing on the moon.