Memories are like ghosts. They flit across your brain, leaving you unsure if you really saw something or if it was just a trick of the light. But, you feel it, even if you can’t see it. And the feeling lingers long after the ghost has moved on. 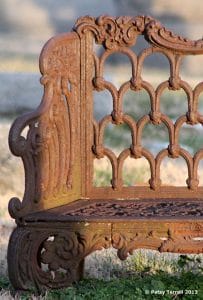 When I visit family in Kentucky I often find myself chasing ghosts. This is a place of so many firsts, and so many lasts. In between are reminders of times when things could have gone horribly wrong – or terribly right – and they didn’t. Sometimes it was because I made a good decision, sometimes because I made a bad one. Of course, the deal with decisions is that when you’re making them, you don’t know which side of the fence they’re going to fall on. That’s why people deliberate on them for a long time.

Well, some people do. Some of us just jump in and hope for the best. Some of my best decisions have been made on a whim. Some of my worst ones have been, too.

But fear isn’t a good daily companion. Aside from the awful things it does to you physically, it doesn’t inspire good decision making. If all you’re thinking about is getting away from the lion, there isn’t much brain power for anything else. And there are other things to consider – like building a house to separate you from the lion. People who are always just running from the lion aren’t ever going to be able to build a house. But the house builder who isn’t aware of the lion over the ridge isn’t going to end well.

We’re afraid of phantoms – ghosts – more often than we’re afraid of things we should be paying attention to. Like the guy running from the lion, we’re missing a lot of stuff.

Maybe that’s why we’ve given to chasing ghosts sometimes. Maybe those memories are a reminder – or maybe a cautionary tale – of what could have been.