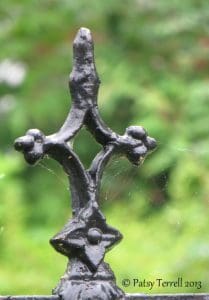 I’ve always prided myself on being able to compromise, to find a solution, even when it seems nearly impossible. I’ve also just walked away, agreeing to disagree, when no compromise could be reached.

There are always things we’re unwilling to compromise on, but they’re generally things most people agree on anyway, so they’re non-issues. For example, most of us believe it’s wrong to steal, but we don’t end up having a lot of conversation with the “pro-theft” believers.

For those of us who are adults at this time in history, we must choose if we believe in civil rights for all people, or not. I confess I do not see a potential compromise. Either we do believe everyone has rights, or we do not.

I believe in the idea that our opinions can evolve over time. I know mine have, as I’ve written about here. But it’s tricky business deciding how long we allow for that evolution. Especially when, in the meantime, people are being harmed while we wait.

So I find myself at an emotional crossroads. It makes no sense to me that people who have the benefit of education and interaction with people across multiple parts of our society, have any doubt that civil rights must be extended to everyone. Those who live more sheltered lives may need more time to see it, but I expect leaders to understand the obvious.

I can only affect a small portion of the world around me. But I know which side of history I stand on. I’m confident it’s the right side of history. And there is no compromise.