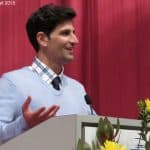 Daniel Seddiqui has been called the most rejected man in the world. Unable to find a job after college, he embarked on a plan to work in 50 jobs in 50 states in 50 weeks. He wrote a book about the experience and is now a speaker and film producer. He spoke at the Ray and Stella Dillon Lecture Series at Hutchinson Community College on Monday, Nov. 16.

In 2008 Seddiqui left his parents’ home in California and took off for an adventure of working jobs in each state that related to the main industries in that state. He was a stilt walker at Universal Studios, he worked in a coal mine in Virginia, made cheese in Wisconsin, got a modeling job in North Carolina, worked border patrol in Arizona and spent a week in a meat packing plant in Kansas. He said cheese making was the most physically demanding job he did.

In every case, he made a serious effort. “I tried to prove myself capable of every job I did,” he said. Only two of the jobs did not offer him a full time position after a week. One was in Las Vegas where he performed weddings, the other was on a lobster boat in Maine where he was suffering from sea-sickness. As he said at the luncheon, “They very politely fired me on Thursday,” and had him build lobster traps instead.

He gave a list of seven things he said everyone could do to lead an amazing life:

He called his journey, “Living the map,” meaning don’t feel stuck. Don’t limit yourself because of your field of study. He said 88% of people don’t work in the field they studied in college. Also, don’t limit yourself geographically.

He said five elements made him successful:

In addition to his speaking career, he is training as a long-distance runner for the 2016 Olympics in Brazil. He and his wife, who he met in Massachusetts while doing his 50 jobs in 50 states tour, now live in Colorado. He said he finds the people in the Midwest to be the most genuine in the country. 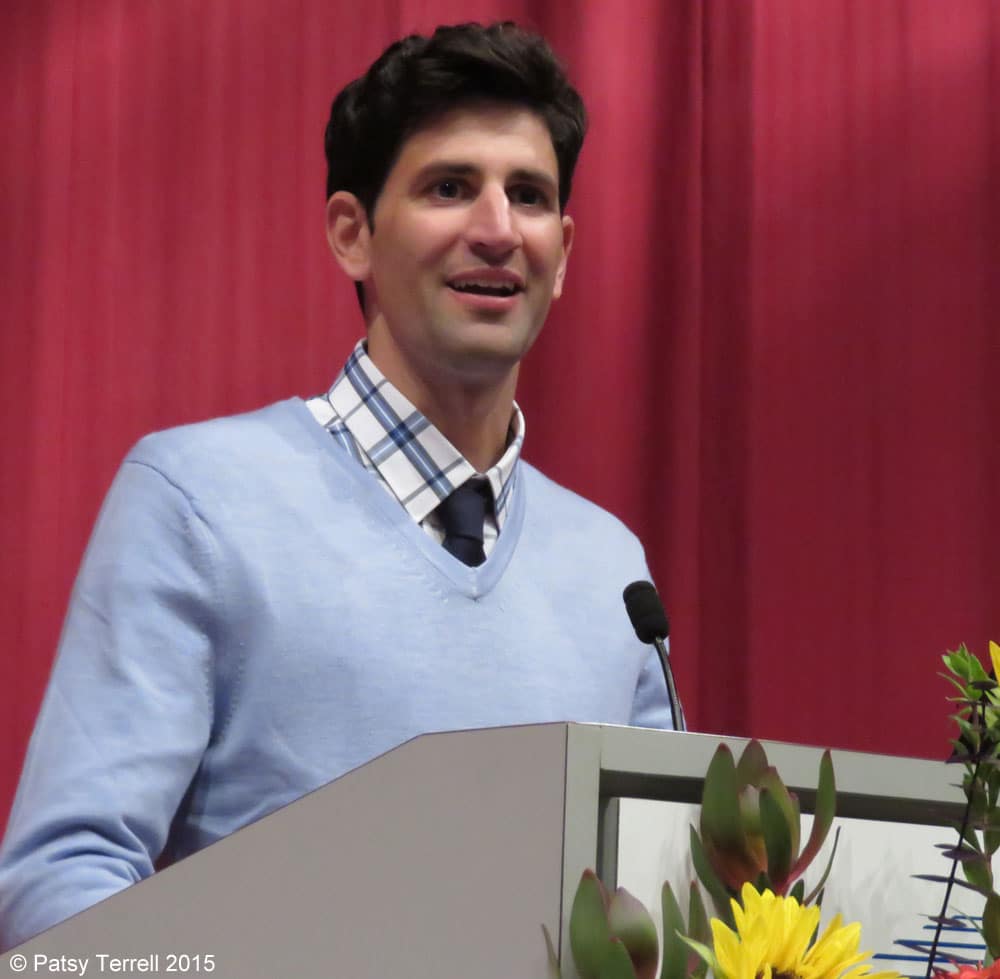