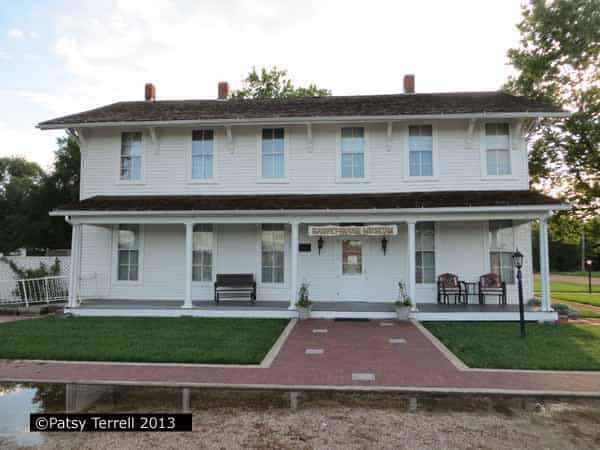 Friday night, my friend, Jocelyn, and I had dinner at the Harvey House Museum in Florence, Kansas. Fred Harvey, famous for serving food to people who were moving along the Santa Fe Railroad, built his first hotel in Florence. About one-third of it remains and is now a museum.

Fred was a pioneer. The first man to believe one could make a living serving good food and fast. Travelers had 15 minutes to eat most of the time, and it was a good meal. What we had Friday night was a typical Fred Harvey dinner, and it was delicious. 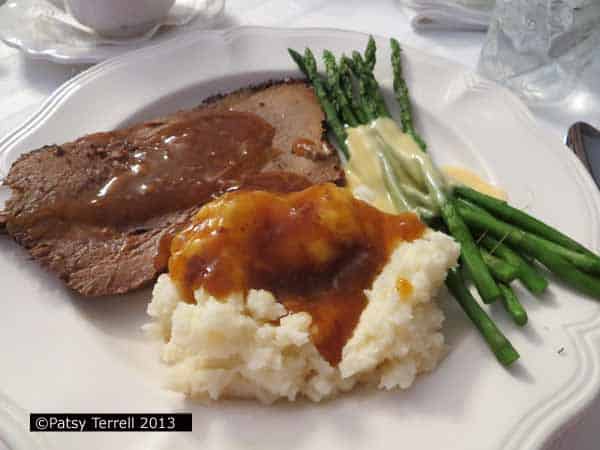 This wasn’t all of the delicious food we were served. Here’s a photo of the menu. 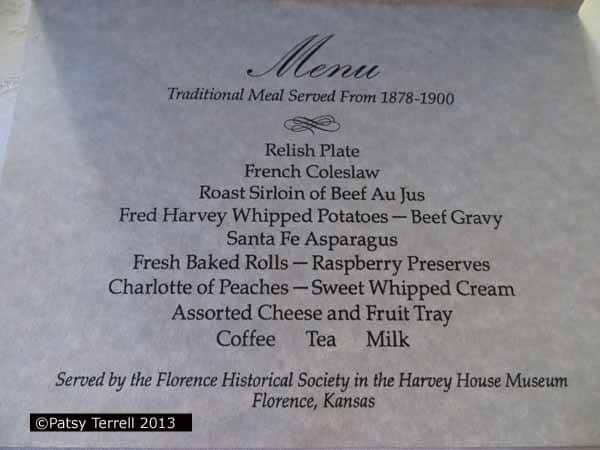 We started with the French Coleslaw, then enjoyed the relishes on the table. They explained the Harvey system for cups. Guests were offered coffee, hot tea, or milk – all served in the coffee cup. Someone would ask what each guest wanted. If it was coffee, they left the cup as normal; if it was tea, they turned it upside down on the saucer; if it was milk, the turned the cup upside down on the table.

Fred believed in white linen table cloths and was the first to use the 18 inch square cloth napkins. Ice water was on the table, which was unusual for the time because ice was hard to come by. 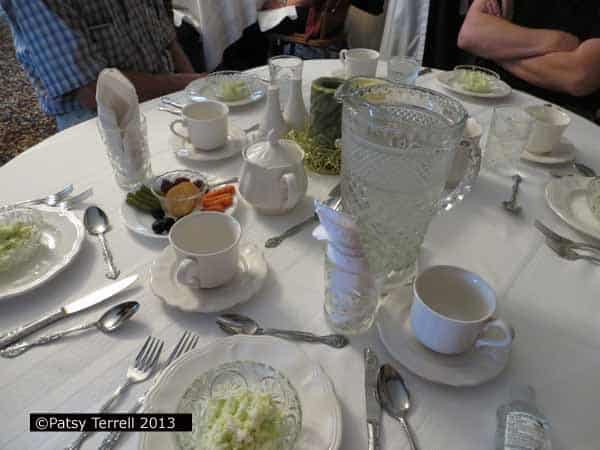 Jocelyn and I were seated with the Blankenships, a nice couple from Topeka, and her brother, Jim, from Pratt. Jim looked so familiar to me that I just kept thinking I must know him from somewhere. But, the mystery remained at the end of the night, so perhaps it was just my brain playing tricks on me. Regardless, it was a fun evening.

Our dinner ended with a delicious dessert, complete with real whipped cream. Oh my, it was wonderful! 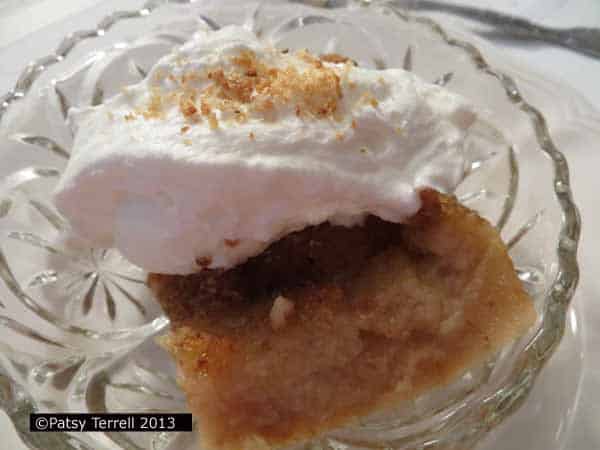 Although they do dinners for groups pretty regularly, I think this is the first time they’ve had one for the public. I saw it mentioned on Facebook by one of their dedicated volunteers and started asking friends if they wanted to go. Jocelyn said, “yes,” and we made our reservations. They can seat 24 I believe, and they were sold out.

Initially they told us a bit about Fred Harvey, the Harvey Houses, and of course the Harvey girls. Occasionally I’m in a group where there’s a woman who was a Harvey Girl, and it’s always fun to visit with them. Fred started out with men as servers, but women turned out to be the better option. They signed on for six months at a time, 12 hour days, 7 days a week. They had to be young ladies of fine moral character. Fred was apparently quite the task master, but also cared for them. It wasn’t uncommon for Harvey girls to name their sons either “Fred,” or “Harvey.”

In addition to the dinner, we had time to check out the museum. I urge you to make a visit to Florence, and support the museum and the work done by the volunteers who make it all possible. 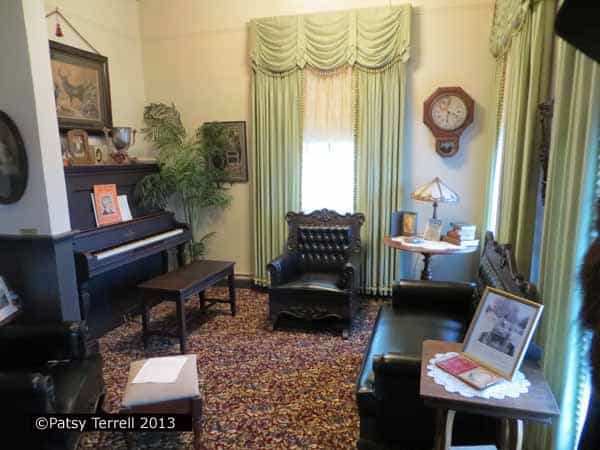 Upstairs they have an assortment of period materials arranged in the rooms. I loved this crocheted bed spread and tea set. 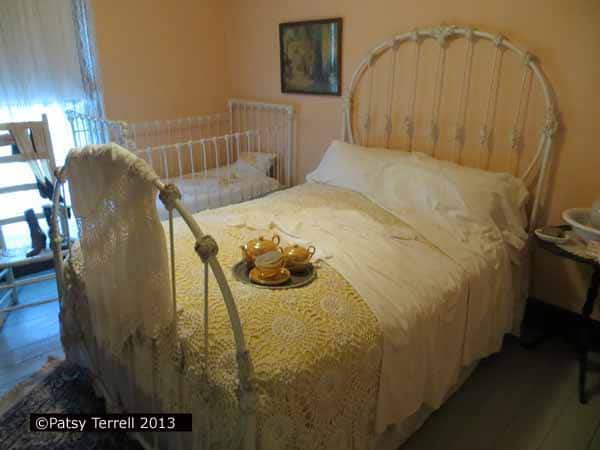 Get Florence, Kansas and the Harvey House Museum on your tourism agenda, and if you possibly can schedule to go when they’re serving a meal.