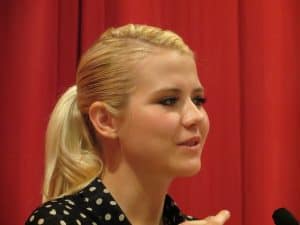 Elizabeth Smart endured nine months of captivity after being kidnapped from her Utah home when she was 14. She was repeatedly raped and forced to use drugs and alcohol. She was rescued after she convinced her captors to take her back to Utah, and people spotted her on the street with the couple who had held her all that time.

She spoke at the Dillon Lecture Series today at Hutchinson Community College Tuesday morning. She was incredibly poised and well-spoken. She began her presentation by thanking people for praying for her and her family. 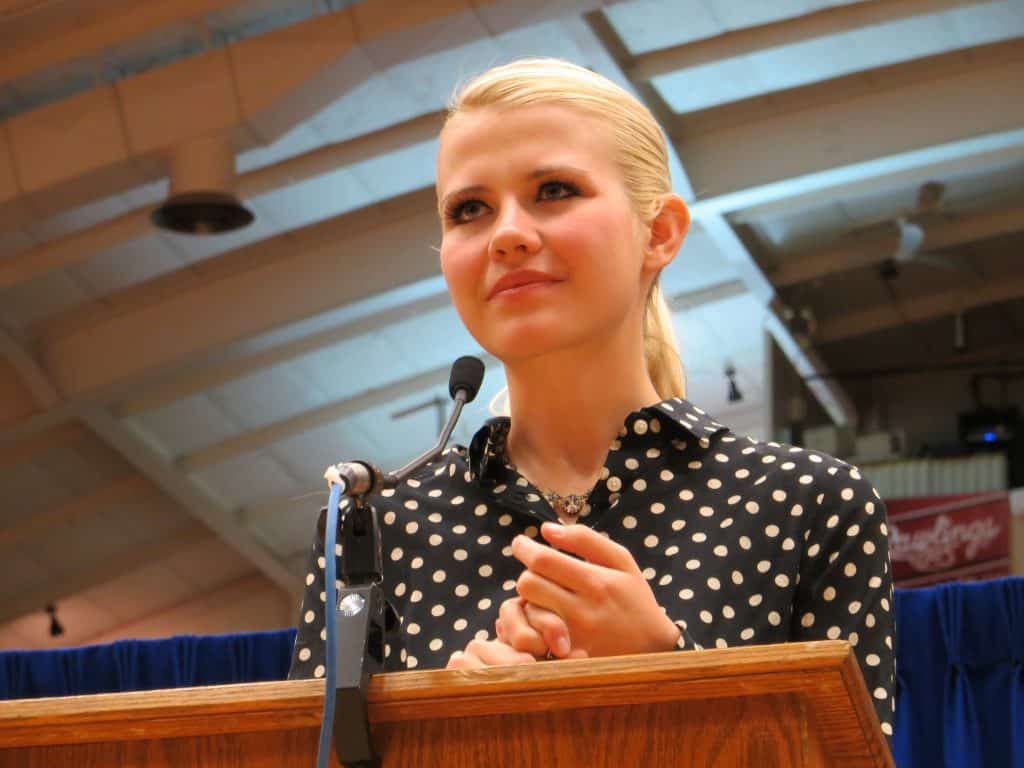 She spoke about the child she was before she was abducted, saying she was a very shy and modest girl. She said that if she had been ice cream it would have been vanilla – not vanilla with sprinkles – just vanilla. “Immanuel,” as her captor called himself, raped her the first night he took her from her home. She said he “shattered my soul,” that she was crushed. She said she would have rather been dead than alive after that. 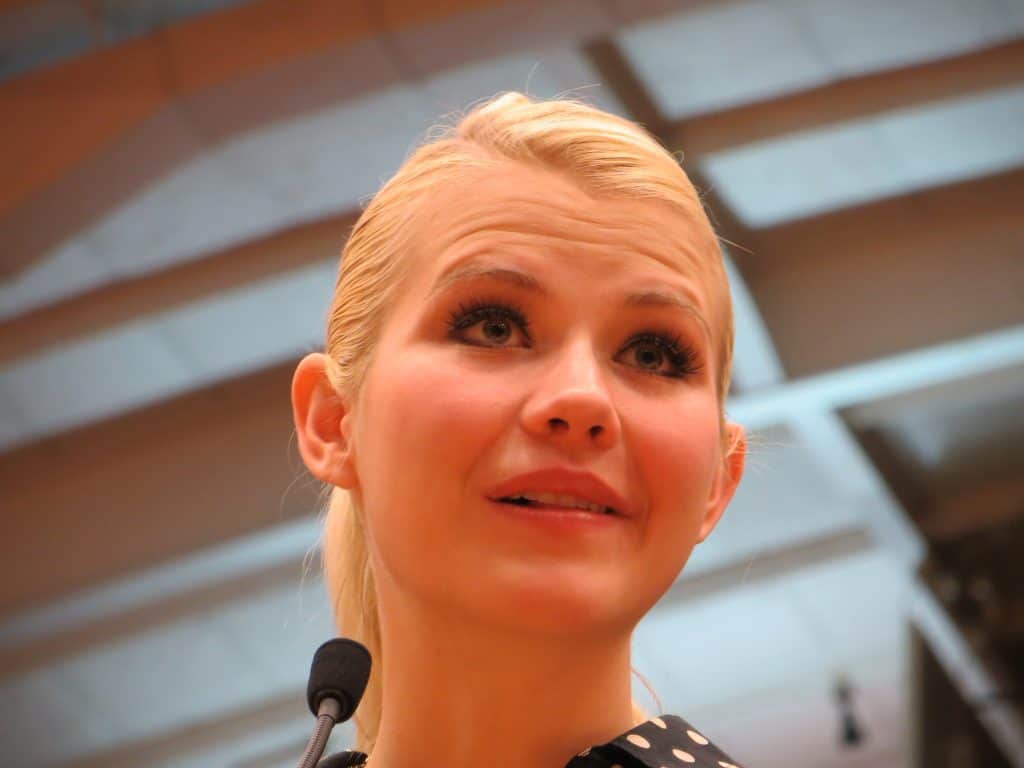 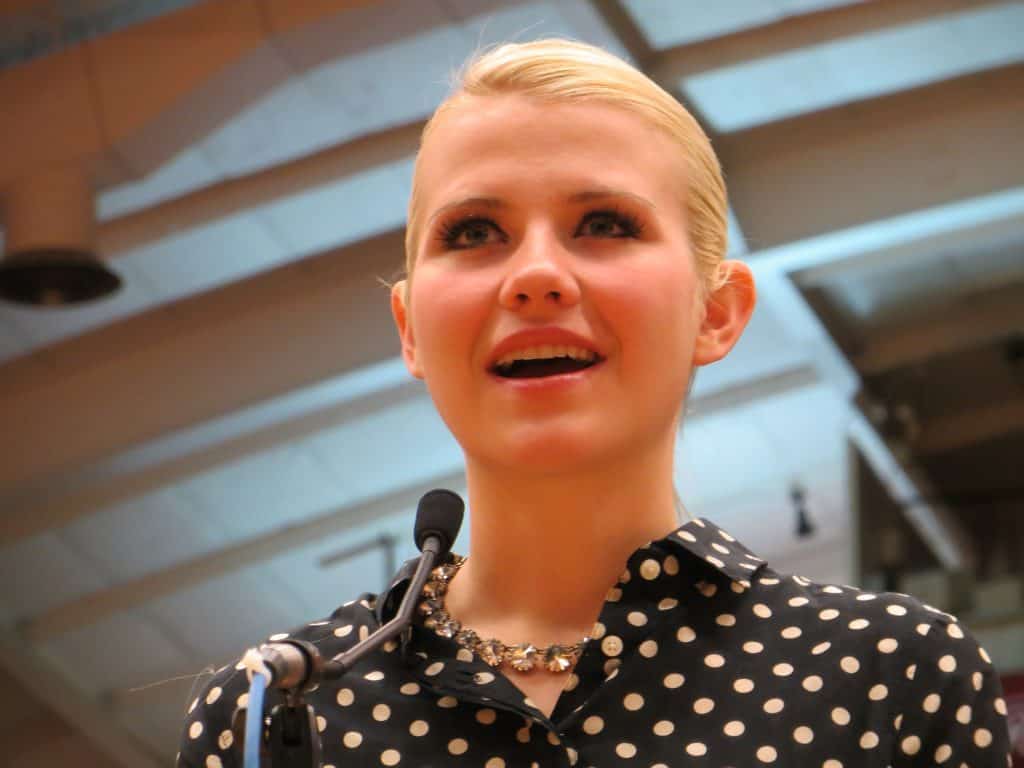 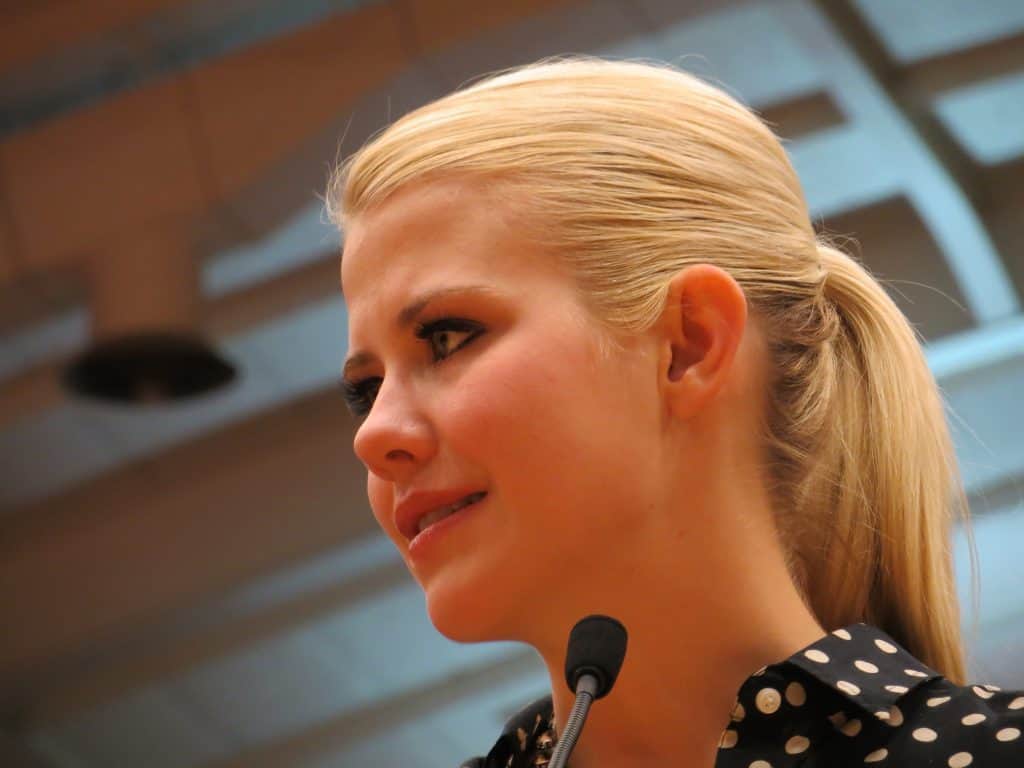 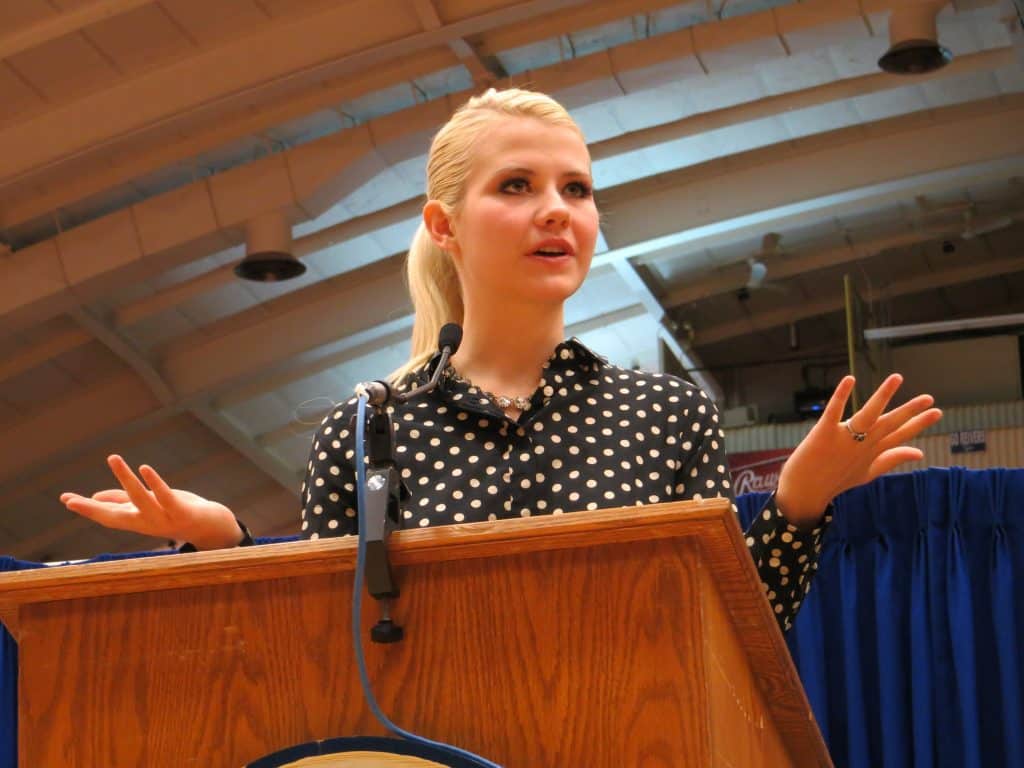 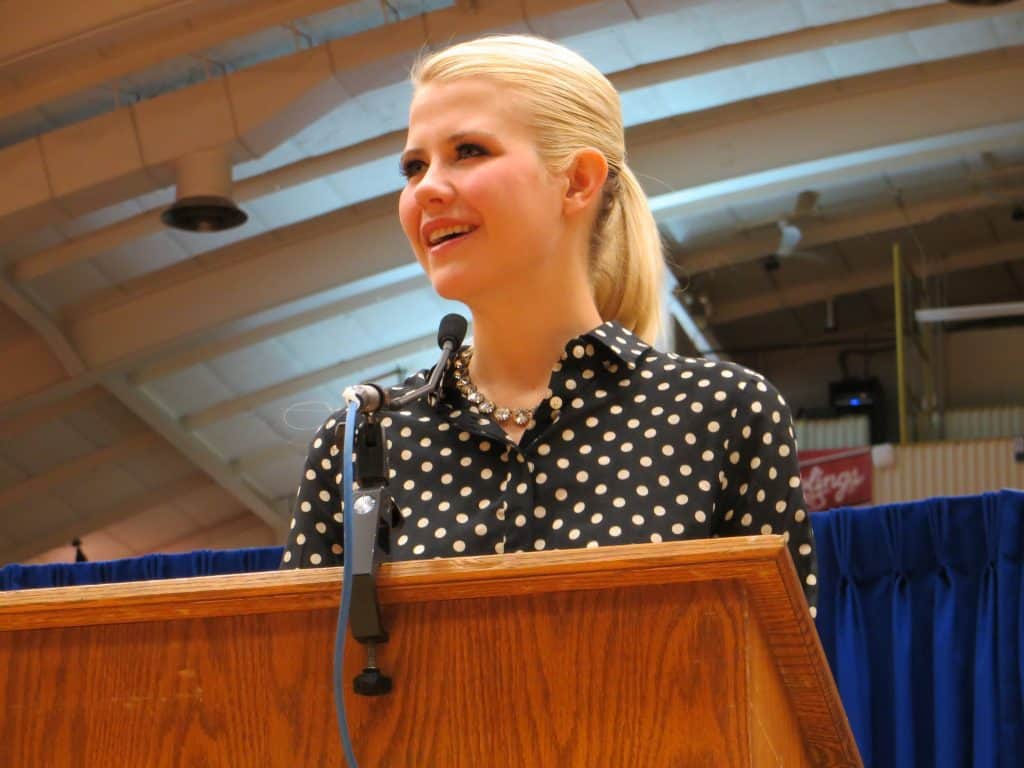 She said the best piece of advice she got after her return was from her mother who told her that it was horrible what this man had done to her, that it was wicked, that he had stolen nine months of her life. But, she said the best punishment she could ever give him was to be happy. She told her not to dwell on the past, that holding on was only hurting her, that she would be giving him more power.

Smart says life is about steps. “We always have a choice. It’s not always easy and it’s not always fun, but it’s always worth moving forward,” she says. 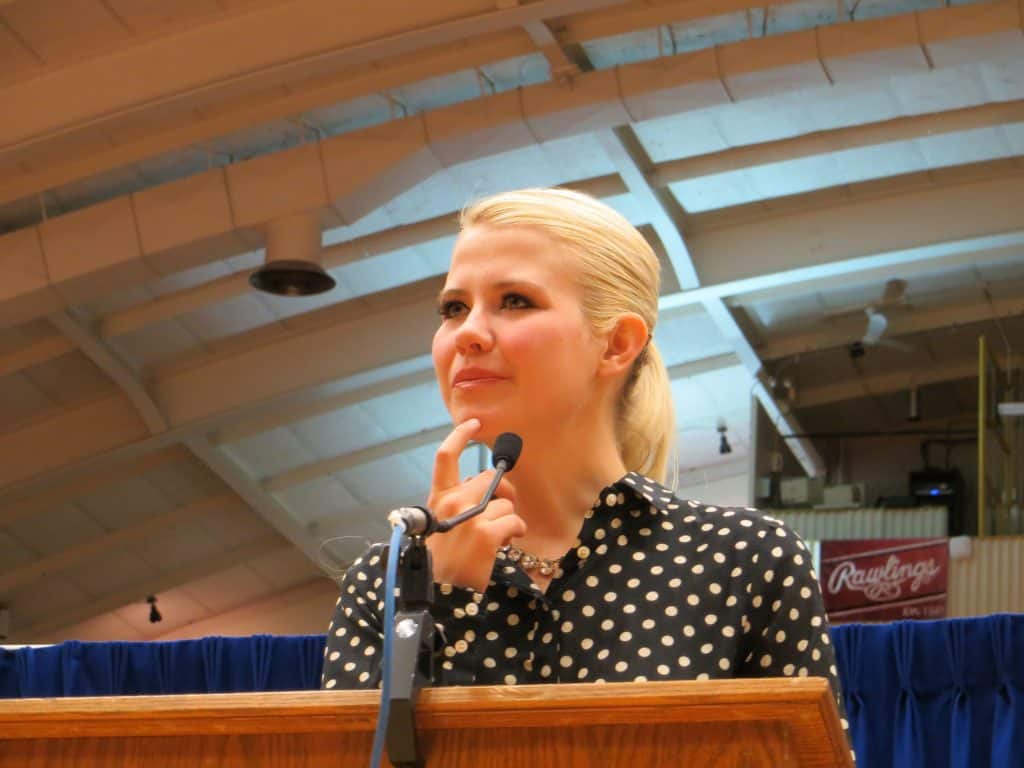 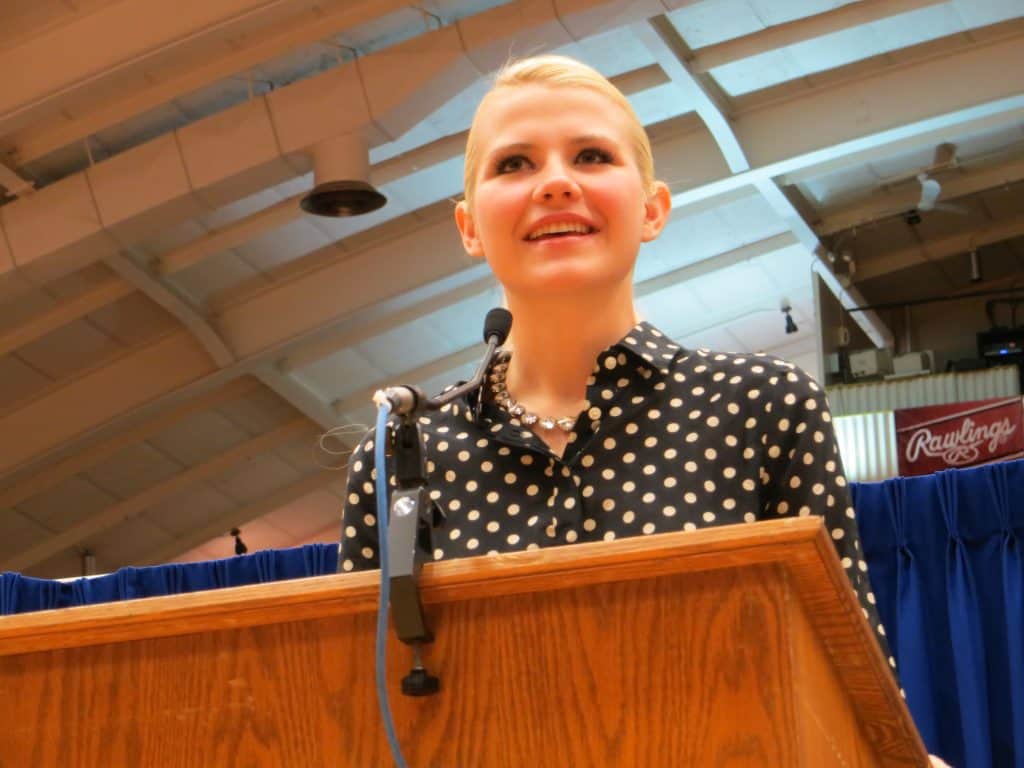 Smart did about 80 speaking engagements last year and has a foundation geared toward preventing abduction and teaching children what to do. She says, “You never know the difference you can make in someone else’s life.” 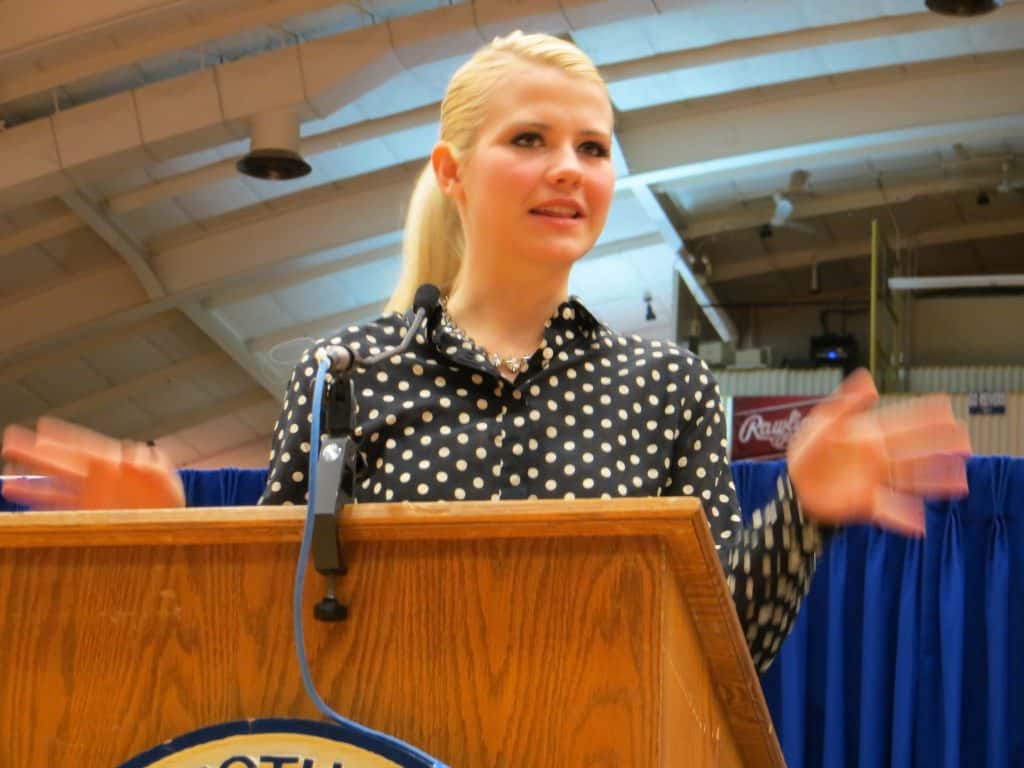