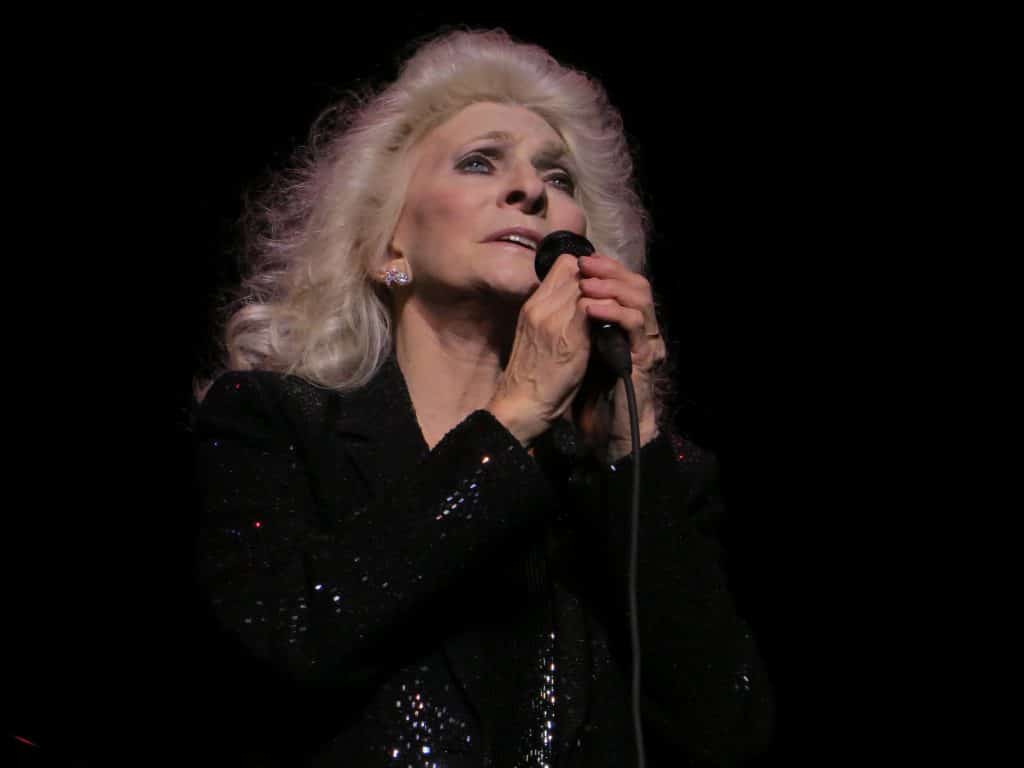 Judy Collins was in concert at the Stiefel Theater in Salina, Kansas, Thursday night. Seven of us went to see her. Amazingly enough it worked out that we had two cars of folks coming from Hutchinson, one person coming from Tulsa and one from Kansas City, and we all ended up at the restaurant within a few minutes of the appointed time. I’m always astonished when something that complex works out.

She sang and told stories for about two hours, although the time zipped by. She is now 73 years old, but can still sing beautifully.

She played guitar for more than half of the time she was on stage, then played piano on a few numbers, then sang on a few leaving the piano to her accompanist. Her most famous hit, “Send in the Clowns,” was one of the last songs she did. It’s a Sondheim tune that has been recorded more than 900 times by various people. Hers is the one most of us know, and it was magic to see it performed live.