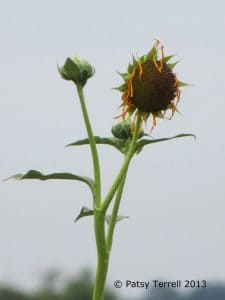 Yesterday there was another mass shooting. Every time it happens, I notice fewer and fewer people are concerned about it. Today at lunch, one of my companions said, “Was there another shooting yesterday?” I never even went and read a real news story about it. I saw bits and pieces. I read the President’s comments. We are generally well-informed professionals, so how can this be.

Because we, and millions of other people, have just accepted this as part of our normal.

When I watched parents grieving their kindergartners after Sandy Hook, and saw that we made no changes as a result, I just accepted periodic, senseless shootings as part of American life. It’s just something we, as a group, have decided we’re okay with. It’s a risk we’re willing to take. We are willing to accept random mass shootings are part of the fabric of our society. We’ll take our chances. You can argue that’s not the case, but people would vote differently if they truly cared.

I live in a state with conceal/carry with no training. Although I live in a very safe little mid-western town of 40,000, there are now just places I don’t go in town – that I view as too unsafe. Why? Because I’ve accepted that the chance for a random shooting is just part of living in America now.

I’m not happy about that. It seems to me we should try to stop making so many people who want to kill other people. Why are we doing that? How are we doing that? I don’t know, but it’s clear we are. White, male loners are dangerous people, is the logical conclusion. This has been clear for decades. It seems like something we should figure out, but we have no interest in that either. I don’t know why.

I can guarantee you from personal experience that people with no training do not need to have guns. I grew up around guns. I’m pretty good with a gun. I don’t own a gun. I don’t want to ban all guns. But we do need to apply some logic to who has them and if they know what the hell they’re doing with them. Guns can kill a lot of people very quickly. There’s a reason wars are fought with guns and not knives.

Oh, there’s a lot of lip service paid to these events. We celebrate the heroes and swear we won’t glorify the shooters. And then we just keep doing what we were doing before. The things that, as a society, somehow led to the shooting.

It horrifies me to accept that mass shootings are just part of American life now, but it is clear that is the case. When we won’t do anything after kindergartners are shot, we’re not going to do anything when anyone else is shot. It’s sad, but it’s true.