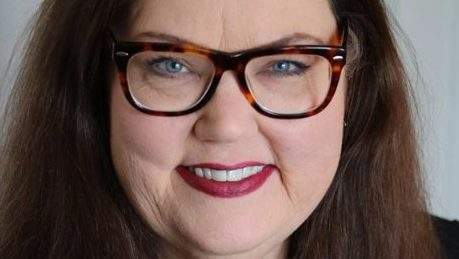 The Honorable State Rep. Patsy Ann Terrell, 55, of Hutchinson, Kan., died June 7, 2017, at her apartment in Topeka, Kan. She was a resident of Hutchinson for 33 years. Born Dec. 23, 1961, in Paducah, Ky., she was the daughter of the late Jack and Mary Lea (Myatt) Terrell of rural Barlow, Ballard County, Ky. She lived most of her life on the family farm in Barlow and in Hutchinson. She was a graduate of Wickliffe, Ky., High School, attended Murray State University and graduated with a bachelor’s degree from the University of Kentucky in Lexington, Ky. After graduation, Patsy took a job at what was then KHCC FM – now Radio Kansas – the public radio station at Hutchinson Community College. She later served as the station’s public relations director. She also served as the director of the Mental Health Association of Reno County, Kansas, and as a public relations director for the Kansas Cosmosphere and Space Center, also in Hutchinson.

After her time at the Cosmosphere, she started her own business offering social media, public relations, writing and other services to clients across the state of Kansas and the nation. She wrote for numerous publications, including the Journal at the Kansas Leadership Center and Hutchinson Magazine, and reported for Land Line Now, a national radio news program. Well-known throughout Kansas for her cookbook column, Cook’s Library with Patsy Terrell, she was also known for her main blog, Patsy’s Ponderings, and a blog she established to promote Hutchinson, Experience Hutch.

In 2016, she was elected the state representative for the 102nd District of the Kansas House of Representatives in Hutchinson. It was during her service to her fellow citizens that she passed on.

Patsy was involved in numerous community organizations throughout Hutchinson. She was a member of CHICKS, a community group; Creative Sisterhood, Leadership Kansas; Leadership Reno County; and was a convener for Kansas Dialogue.

Her work included conducting depression screenings at public locations in Reno county that helped numerous people and conducting visioning workshops in Ramona, Kansas, and other locations; and more.

Patsy touched countless individual lives in her community and state. She was involved in artistic projects, music projects, supporting all types of creative activities.

Her interests included travel, as well as collecting vintage brooches, hand-embroidered linens, lace doilies, and other beautiful objects, as well as thousands of Kansas cookbooks, which will be preserved as a collection at her alma mater.

Her charity efforts were often not seen by the general public and intended to help people who most needed it. She organized a fundraiser so children at a Hutchinson school could each have a carton of milk each day. She would go to stores around the area and pay off the layaway of people trying to pay for their families’ Christmas gifts. She took part in Kiva, a microloan program that aided people in third-world countries start businesses, and also purchased a goat through Heifer International to be given to a needy family overseas. This was all done anonymously; Patsy was more interested in getting the good work done than in taking credit.

Patsy’s blog, various web sites and social media pages were all dedicated to her passions, such as her cookbooks, her brooches or even the preservation of handwriting as an art and part of life.

She was a great lover of the Christmas season and celebrated it with an unmatched gusto. For many years, her Christmas party in Hutchinson would attract up to 70 people to her home. However, of all of her interests, perhaps her greatest mission in life was to try to help people be happy.