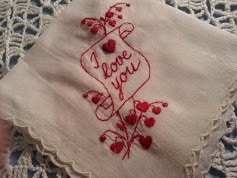 There was a time I didn’t get what the big deal was about gay marriage. When the topic first came up a few years ago, (has it really been more than 15 years!?!?!) I thought there were many other issues that were more pressing. Gay marriage seemed destined to be a topic used by political entities as a polarizing topic, instead of something that was really meaningful.

I didn’t see why civil unions – or whatever you called them – giving gay and lesbian couples all the rights of married couples weren’t sufficient. What was special about the word, “marriage,” anyway? Couldn’t we move on to other more important things?

Maybe because I’m a person who has never been married, who has never longed for it, it just wasn’t in my mindset. I was content to live with long-time boyfriends, and didn’t feel the need for a legal stamp of approval on those relationships. And, of course, they would have all ended in divorce anyway since we’re no longer together, so I didn’t really see the point.

But, like the president, my opinion “evolved.” I wish I’d thought of that term, because it perfectly sums up the process that brought me to the place I’ve been the last few years.

As I learned more, I began to understand that “legal” was a really critical part of the issue and that “marriage” benefits would never extend to gay and lesbian people unless they could marry legally and have that recognized. There was no language for “civil union” in the law books, and that would always be limiting because it certainly wasn’t going to be added in. Besides, everyone wanted the opportunity to say, “my wife” or “my husband,” and for others to know what that meant. There was no reason it should be different for same-sex couples. It wasn’t just semantics, it was serious. Others knew these things, but I had to learn them.

The idea that a same-sex couple didn’t have rights at the hospital, or at the court house, or at the school was always ridiculous to me. I just mistakenly believed we could solve that problem with something other than “marriage,” because I knew that word alone would become a political hot button and goodness knows we already had a bunch of those, which are often just a way to argue endlessly, with no resolution. I thought it could become another topic that was forever in limbo because political parties wanted to use it to make one point or another. Things like social security benefits never occurred to me. And none of this touches on the truly personal reasons people want to get married. It’s obvious many people feel a need for marriage, and there’s no reason in the world sexual orientation would affect that wish. After all, humans are just humans.

I suppose you could say I was a little dense, and I couldn’t successfully argue the point. I had not thought this through. Let me be clear, I didn’t have any problem with gay people being “married,” I just didn’t want us to get stuck arguing about that word.

The whole “morality” of the defense of marriage was always ridiculous from the first time I heard the phrase. How in the world is one of the heterosexual couples I know, who now have seven marriages between them, the bastion of morality when it comes to marriage, and the homosexual couple who has been together for three decades not? That makes no sense to me. I can’t see how it makes sense to anyone.

So, I wised up. I got on board with the idea that we needed gay marriage – not only because people want to make that commitment emotionally, personally and publicly – but because it has to be legal. That word “marriage” matters – legally, emotionally and every other way. Lets celebrate love however it arrives.

The big deal about gay marriage is that we should live in a world that strives to be fair, and it can’t be fair when one segment of the population is treated differently in a most basic way. In my ideal world, “marriage” would not have any legal standing for anyone, but since it does offer benefits to some, I want it to offer them to all.

To my gay and lesbian brothers and sisters, please forgive my ignorance on this matter a few years ago. I just wasn’t thinking, and I’m embarrassed by my ignorance. I hope I’m not crucified for telling the truth about my own evolution on the topic. But I got it. I’m so thankful I got it in time to celebrate on this historic occasion.